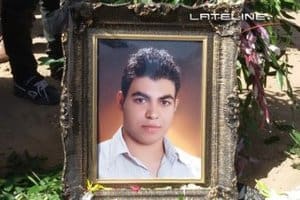 Adjunct Professor George Newhouse, Principal Solicitor of the National Justice Project, said, “First, I send my condolences to the friends and family of this young man; but sadly he is just the latest victim of a systemically cruel and inhumane system devised by the Australian Government.”

“Many of the vulnerable people on Manus and Nauru are not receiving adequate healthcare. It appears that Faysal did not receive appropriate treatment or timely medical evacuation and we now have another death that is likely to have been entirely avoidable.”

“This is the tip of the iceberg. The government consistently delays necessary medical treatment, often until it is too late. Evidence given at the inquest into the death of Hamid Khazaei has confirmed that the government’s political manoeuvring can be fatal.  An inquest would determine whether the Government’s actions, poor medical care or both contributed to Fayzal’s death but they take time and how many more individuals will die waiting for the government to act on such recommendations. Hamid Khazaei died in August 2014 after a delayed medical evacuation

A Royal Commission with broader enquiry powers into the provision of health care on Nauru and Manus is necessary. Royal Commissions can respond quickly” Newhouse said. “Look at the Don Dale inquiry by way of an example”

Professor Newhouse continued, “The Minister for Immigration is on record complaining of a War on Christmas. Well, where is this government’s spirit of charity and love for the most desperate and vulnerable people in the world at this time?”

The National Justice Project has already successfully sued Peter Dutton and the Department of Immigration for negligence on behalf of a young woman who was raped and fell pregnant on Nauru (the S99 Federal Court case in May 2016).

The NJP has dozens of cases of individuals and families suffering in pain without proper care or treatment. When you take these cases into account, together with the deaths of Hamed Khazaei, Rakib Khan, the refugee known as “Omid” and now Faysal Ahmed there is an obvious and urgent need for a broader enquiry – with Royal Commission powers – into the provision of health and medical care on Nauru and Manus Island and in immigration detention on the Australian mainland.