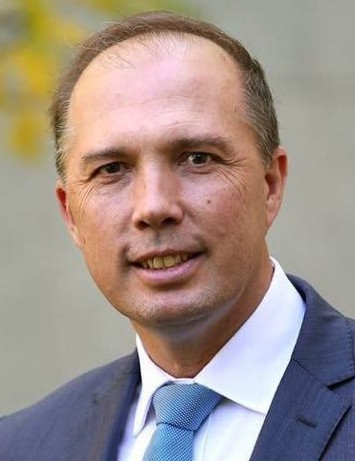 Last week, Australia’s Home Affairs Minister, Peter Dutton, narrowly avoided potential arrest and prison time for contempt of court by eventually making a decision on a protection visa, as the court had directed him to.

The Federal Court ordered that Dutton make a decision on whether to grant a man from Iran a protection visa.

Dutton instead delayed making a decision on this person’s future, breaking court ordered deadlines, until the threat of contempt of court charges loomed.

On Friday, hours before the new deadline, he decided to refuse the visa.

Justice Flick said: “It may further be observed that it is deeply disturbing to realise that a Minister of the Crown who is charged with the responsibility for making decisions affecting the liberty of the subject – and on many occasions making assessments as to the consequences to be visited upon those visa applicants who have failed to comply with the law – is himself a person who has demonstrated an unapologetic reluctance to take personal responsibility for his own non-compliance with the law.”

These words are damning and of extreme concern given Dutton’s remit and the fact that he is regularly making similar decisions on people’s lives.

But instead of recognising the humanity of the person before him, seeking safety in a country once thought to care for others, Dutton continues the legacy of this government to strip people of their humanity.

Peter Dutton is still in the headlines. But for a different and equally disturbing story.

The Minister is trying to defend his proposed change to the law, introduced in Parliament in May, that would allow Australian Border Force (ABF) officials to confiscate mobile phones from asylum seekers and refugees being held in detention.

Mobile phones provide asylum seekers and refugees with a lifeline to the outside world, to loved ones and to advocates. Their mental health, the protection of their human rights, and their families depend on their phones. The proposed legislation gives ABF the power to effectively silence people for no reason but it’s effect will be to cut off their ability to stay in touch with family, lawyers and advocates.

Mobile phones can also hold detention centres and immigration officials accountable – they can record instances of mistreatment, abuse of power and excessive use of force.

The National Justice Project stopped Dutton from doing this before. We took him to court for taking phones from asylum seekers and refugees back in 2017 and we won. He tried to introduce this law back then to overcome our Court win and failed, so now, while we’re all distracted by COVID-19, he’s trying again.

We won’t allow him to sneak this legislation through.

And you can donate to the NJP here: justice.org.au/donate